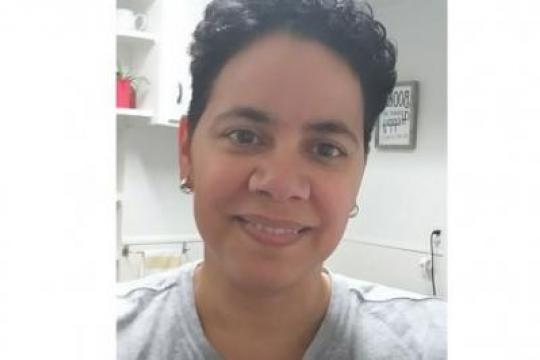 ‘It was great to get the call’: Nova Scotia patients pleased with Need A Family Practice registry, collaborative care experiences

When Wendy Brenton moved back to Truro after 25 years, first living in Ontario and then the United States, she called her previous family doctor to see if he would be willing to accept her as a patient again.

“Understandably, he couldn’t take me back, since he was planning to retire soon.”

She called a number of family practices, and her sister told her to add her name to the Need a Family Practice registry.

“I have a cardiac condition, so I called 811 to add myself, my adult children, and my grandson to the list,” Breton said. “We knew there was going to be a wait, so we went to the local walk-in clinic to establish ourselves and to access care.”

Cynthia Perry of Jordan Ferry, a community near Shelburne, also added her name to the registry after her doctor relocated back to her home province of British Columbia.

“There isn’t a walk-in clinic in Shelburne, so I would go to outpatients,” Perry said. “It was a long wait at [the hospital’s emergency department] for care, so I would only go there for something important.”

Both Perry and Brenton were on the registry for more than a year when they were contacted to become patients of collaborative family practice teams in their area.

“It was great to get that call, as it’s nice to know that I now have someone to go to. I made an appointment for myself and my son,” Perry said. “When I met the nurse practitioner, I knew right away that she was an awesome person. I brag her up to everyone; I am lucky to have her.”

The Shelburne Family Practice, where Perry is now a patient, is a collaborative team, which includes nurse practitioners, family doctors, and registered nurses.

Brenton was contacted in May to become a patient at the Truro Collaborative Practice, where the team includes family doctors, a nurse practitioner, and registered nurses.

Both practices primarily accept new patients from the Need A Family Practice registry.

“They called me to say that I could have a permanent doctor. During my first appointment, I met with the nurse to review in detail my family history, and then I spent time with the doctor,” Brenton said.

“Then I met with the nurse again. I’ve never been to an appointment where they did that. I can’t complain about my experience, I was very impressed.”

She compared it to her experience accessing primary care when she lived in Detroit, MI.

“I get much better treatment here in Nova Scotia than when I was in Detroit,” Brenton added. “In the U.S., who you see is all about what insurance you have, if you are lucky enough to have some.”

“I hear people say there is a health crisis; we have extremely great health care here, when compared to other countries.”

Both Brenton and Perry said they value the opportunity to be a patient of a collaborative team.

“Based on what I need, I can see the nurse for a flu shot, or get a refill on medications. That way I don’t have to take up time with the doctor that someone else might need,” Brenton said.

“What I really like about the nurse practitioner is that she will sit with you and talk one-on-one, and doesn’t rush you out the door. She always asks if I have any other concerns,” Perry added.

“She’s fixed me up great; I feel amazing for what she has done for me.”