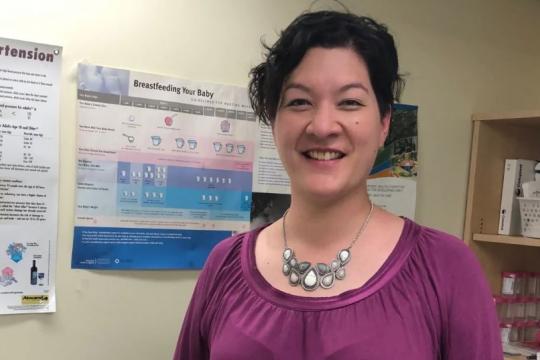 The Nova Scotia government is planning to build a new health centre in Middleton, N.S., that will cost $12 million, replacing an aging clinic next to Soldiers Memorial Hospital.

The project will provide more space for the collaborative family practice team, which is expected to include new doctors, nurses and other health-care workers, according to the departments of health and infrastructure renewal.

Premier Stephen McNeil, who was in Middleton Tuesday for the announcement, made a point of trying to reassure area residents the new facility would not come at the expense of others in the Annapolis Valley.

He said the new centre will improve conditions for those who work there and will help recruit new doctors and nurse practitioners.

The drive to recruit new staff will begin almost immediately.

The new health centre will replace a clinic building next to Soldiers Memorial Hospital. Four doctors, a nurse and a part-time social worker and dietitian currently work in the clinic.

Staff at the clinic are asked several times a day if they can take on new patients, said family doctor Leslie Ribeiro.

"It's disheartening to have to say no so many times a day," said Ribeiro.

The Soldiers Memorial Hospital Foundation committed $1 million towards the project and will begin fundraising. The province is paying the remaining $11 million.

The most the foundation has recently raised is $250,000 for surgical equipment, said its chair, Jim Mosher. He said raising the funds will be a major undertaking.

"People in this area have always been generous to us," he said. "We've never gone to campaigns because the people have always given us money in bequests or straight donations."

The new centre will be six times the size of the existing one, the province said, and will take about a year to build.

The new building will have more exam rooms, a larger registration and waiting area, new space for visiting health professionals and more space for training residents.

A tender was issued last week and construction will begin this fall, the province said.